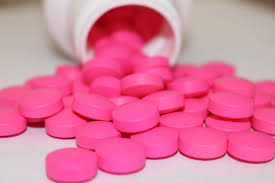 A state of emergency declared: The Opioid Crisis. Sparked by Big Pharma in the late 1990's, the opioid epidemic has turned into a wildfire that, since 1999, has claimed over 750,000 American lives - more than World War I, World War II, Korean War, and Vietnam War combined. Even with all these gruesome wars, drug overdoses still exceed the death toll by over 100,000 people. Here are a few contributing factors to the opioid crisis that may surprise you.

In a perfect world, a patient experiencing pain would see one pain management doctor, receive one 30-count bottle of medication, and follow up with the same doctor as necessary. In the real world, this is not the case. Some patients are seeing multiple pain doctors and building up a drug stash on filled prescriptions, notably a Medicare beneficiary filling prescriptions for 2,330 opioid pills between 42 doctors in one month's time.

Some go further beyond doctors to a most unusual source - veterinarians. You read that right. People are taking their dogs into veterinary clinics, presenting for pain and arthritis to obtain canine tramadol to take for themselves. Some veterinarians prescribe medications as strong as Xanax and even hydrocodone.

What should almost be classified as an epidemic in itself, a huge spike in overdose deaths are fentanyl-related. Coupled with the surprise passings of iconic musicians Prince and Tom Petty due to potent cross-reactions, the drug has been put in the national spotlight. Heroin users who believe they're getting their normal fix are dying from ingesting fentanyl-laced batches unintentionally. It is so potent that simply breathing in the same room as the drug can have severe health consequences, and on multiple occasions sent crime scene police to the emergency room.

When people imagine a location where drug addiction runs rampant, they typically think scene from a movie depicting a gangster running a cocaine ring out of Miami, Las Vegas, Los Angeles, etc. Though not to say this doesn't exist, drug abuse does however run deep in rural areas. Since there aren't physician groups for miles, the vast majority of a town could see one family practice physician for all ailments - pain, diabetes, heart issues, i.e., everything. When the responsibility is shifted on one sole healthcare provider to take care of nearly every resident of a small town, it forces their hand to blindly prescribe when an even deeper issue of addiction, or even diversion, has yet to be discovered.

Drug addiction is no longer exclusively a homeless thing, a rebellious teenager thing, or a rock n' roll or a rap thing. You would be surprised to find the churchgoing, late 50's grandmother serving up milk and cookies is just as likely to have a painkiller addiction. In fact 40% of drug overdose deaths in 2015 were attributed to people between the ages of 45 to 64 - most of them containing valid prescription medications. It is time to open the conversation, similar to how crime has no real address, addiction is not specific to a demographic.

Something we've discovered as a clinical laboratory is health providers are inclined to trust their patients. While it's nice to have a healthy patient-provider relationship, patients may not be completely open and honest about what they're taking, in not telling the full truth or are being flat out forgetful when it comes to their medication.

Another part to this is compartmentalizing drugs, i.e., a patient is prescribed cardiovascular medication, but does not report it when he/she visits their pain management physician as they believe that both conditions are unrelated. It's important to know what is in a patient's system before they are prescribed a drug with strong potential to cross react and harm. The truth lies in medication monitoring and compliance testing.

A good rule of thumb is this: Test your best patient. You would be surprised what you're not being told. Doctors are hesitant to incorporate compliance testing into their practice, as it may strain a strong patient-provider relationship. But to be completely candid, do you as a healthcare provider want to treat a patient who is consistently noncompliant - especially if they're taking unprescribed narcotics and the like? If anything, incorporating compliance testing and medication monitoring would strengthen the patient-provider relationship by introducing a new level of honesty with each checkup.

Opioids are dispensed as prescribed. Prescriptions come from doctors. The source has been defined. At this point, we are in the damage control phase of the opioid crisis. Triplicate prescriptions should be written only when it has been confirmed via medication monitoring that the patient is sticking to their treatment plan, and confirming their medication is being taken as prescribed and not diverted. The responsibility is on healthcare providers to take this extra step in caring for their patients. In doing this, the amount of opioids available to fall into the wrong hands is minimized.