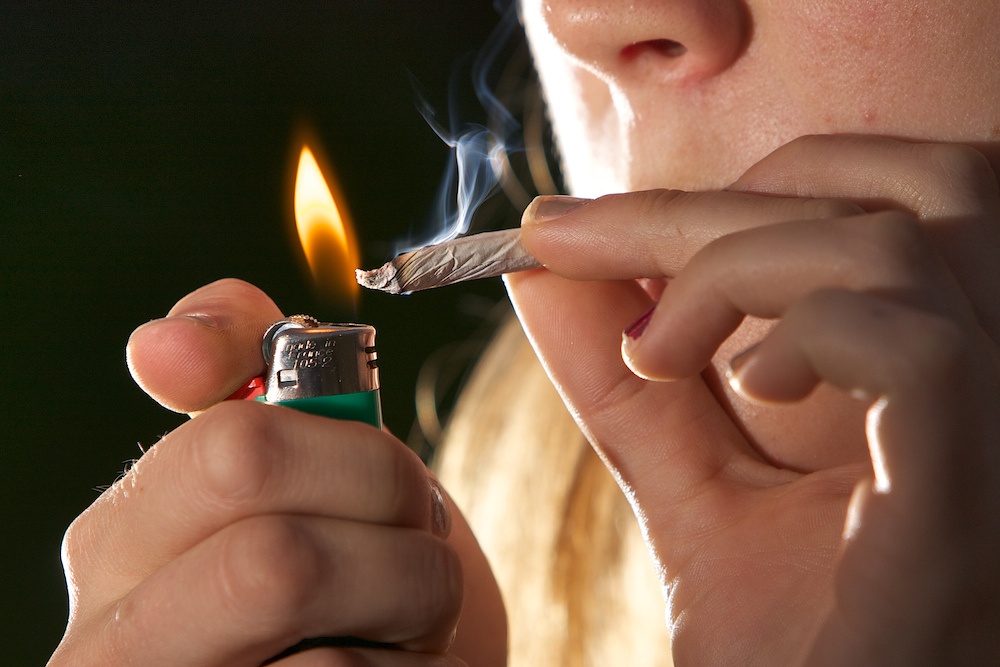 Some key things to know before reading: Height, weight, diet, exercise, genetics - all of these play a role in the rate at which drugs are metabolized through the body. If Person A and Person B stop smoking marijuana at the same time and take a drug test one month later, it is possible that Person A tests positive and Person B tests negative. The answers to these questions are as close to fact as possible, taking into account differences in metabolism.

Screening test: Only shows positive or negative for the presence of drugs. No quantities are provided.

Confirmatory test: Determines specifically how much of a drug is in the body. Typically performed after a screening, especially in a clinical setting, and clears up false positives in by showing presence of drug is insignificant.

Now let's get to it!

Does drinking a lot of water help pass a urine drug test?

In short, yes it does dilute the urine, BUT creatinine levels are measured in a drug test and will be heavily distorted and the facility testing the urine will in-turn recommend a re-test.

Can the lab tell if someone else's urine is used?

Yes. Temperature of urine at the time it's produced must be close to body temperature range. If the sample is too cool or hot and falls out of that small range, it will be rejected and a re-test will need to be administered.

One of the most popular myths in drug testing. It is highly unlikely one would test positive for heroin if a poppy seed muffin is eaten that day. However, eating 6 poppy seed muffins could be a concern, both for the drug test and you as a person. If anything, this could show up in screening as a false positive, but with confirmatory testing would ultimately result as negative.

No, but in the same aspect of the poppy seed muffin. One CBD gummy isn't going to make a test positive but if copious amounts of CBD gummies are all one eats for breakfast, lunch, and dinner, it can trigger a false positive - more so within 24 hours of a test. Additionally, these snacks all vary in THC amounts, so potency is truly unknown until consumed, and ultimately tested. If employers choose not to go beyond screening, it could mean trouble. A confirmatory test, however, would show as negative.

No, same applies as above.

Are all drugs detectable the same amount of time?

No, all drugs metabolize at different rates with marijuana typically being detectable a month after use and propoxyphene only showing 1-2 days after use.

Can urine color change depending on what I consume?

Yes, and it's one of the strangest things I've seen in the lab. Of course dehydration plays a part in making urine darker (yellow, orange, and even brown), but medication can take it even further with amitriptyline turning urine blue and rifampin turning urine red.

Hair, saliva, urine - How far back do they go?

Hair testing is often the route high-paying employers are willing to have job prospects go through, and goes back 90 days. It is, however, the most flawed as drugs can show up in hair even if not consumed. Say you go to a concert and people around you smoke marijuana - a hair test could show positive for the next 3 months, even though you didn't partake. Even if you did smoke and had a hair test the next day, 3 days, or 5 days - you would show as clean because it takes about a week for the substance to show in the follicle. This being said, hair testing for drugs is misleading for employers and not advised in a clinical setting.

Urine testing is the most reliable because of detection window, as drugs both illegal and prescription are typically detectable between 3 and 7 days after consumption. Though this method does not go as far back as 90 days, the results are more trustworthy especially with validity testing done to ensure the sample is authentic and confirmation testing to pinpoint how much of a drug is found in the body. This is the best possible way of testing within a clinical setting. Not to mention its cost efficiency for clinics and employers.

Saliva testing is reliable but the drawback is that the detection window for drugs is about half as long. If a patient took OxyContin 3 days ago, a urine drug test would detect it, but a saliva test for this drug only goes back 24 hours and would show as negative. It is effective and inexpensive, though it costs slightly more and only gives a small piece of the picture when compared to urine drug testing.

The best way to pass a drug test, whether for an employer or your doctor, is to abstain from what isn't prescribed and adhere to the regimen that is prescribed. Buzzkill - I get it. No matter what, you should be as honest as possible especially when meeting with your doctor, whether you think what you took will show up in a drug test or not.

Healthcare providers, urine drug testing is as close as you can get to seeing a full snapshot of what is in your patient's system before prescribing medication with potential to cross-react and harm. Our facility has a full-time lab director on staff who specializes in examining test results, explains false positives/negatives, and ensures full clarity of medication monitoring results as it pertains to your patients.

If you have any additional questions on this topic, feel free to send an email to alex.metarelis@nwlabpartners.com and I'd be happy to reply, as well as update this blog article with relevant information - SO KEEP CHECKING BACK!