Greater certainty about how your patients are metabolizing their medication.

EZ Drop ToxTM drug metabolism detection service provides greater certainty than is possible with urine samples from just one drop of blood without the complexity and expense associated with conventional blood sampling.

Unlike urine sample, EZ Drop Tox enables you to witness your patient provide the sample so that you know the sample was not adulterated or substituted providing a higher level of security and certainty. Plus, there is no stigma associated with EZ Drop Tox.

EZ Drop Tox requires only one relatively painless drop of blood, and there is no need for a costly Phlebotomist or centrifuge on premises and since it utilizes a stable dry blood medium, it is inexpensive to transport needing no ice packs or special handling, and it is stable for up to one month. 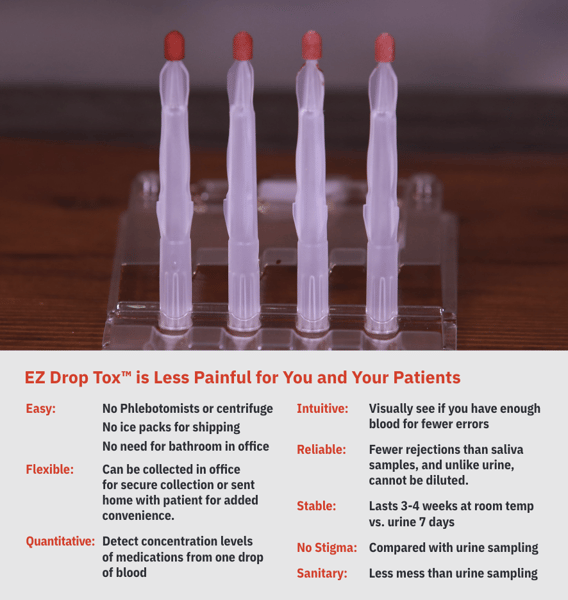 Submit your information below to learn more.